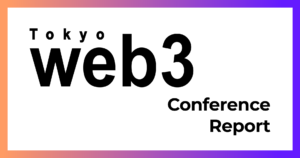 N2M Inc. and Kokoromachi Co. Ltd. held “Web3 Tokyo 2022” online on December 10th, with the aim of connecting the Web3 market in Japan and around the world. While inviting special speakers such as the Ministry of Economy, Trade, and Industry and the Shibuya City government, the conference was conducted online with simultaneous Japanese-English interpreters, providing not only the Japanese community but also the global community to learn what is happening in the Japanese web3 space. More than 1,700 people pre-registered to view the conference, which was viewed not only in Japan but also from 20 countries, including the United States, the United Kingdom, Hong Kong, South Africa, the United Arab Emirates, and the Netherlands.

Special support was provided by Yoshiro Tasaka, Director of the Shibuya Ward Global Strategy Division, from Shibuya Ward, which attracts the most start-ups in Japan. He introduced the “Start-up Support Program,” which provides visas and residency support for start-ups, and presented information on matching start-ups with large companies and market research. He also mentioned that Shibuya city is in the process of applying to the Cabinet Office to become a special deregulation zone for Web3. 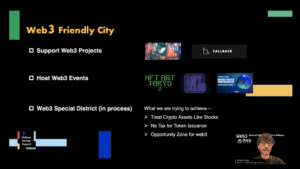 The “Session 1: Web3 Projects and PMFs” featured four global Web3 projects (ConsenSys, tokenproof, CyberConnect, and Slash Payment). They discussed the use cases of Web3 technology and their strategies in the global market. 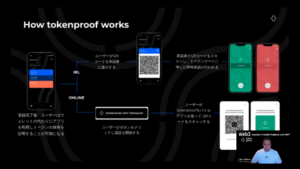 Next, in the “Session 2: How VCs see the Web3 Market,” Noah Sakamaki of media partner CoinPost moderated a panel discussion with Animoca Brands KK, which has invested in a variety of Web3 companies and ecosystem creation around the world, Headline Asia, which has invested many companies in Asia, and Skyland Ventures of which they specialize in the seed round startups. Here, they discussed the differences in business culture between Japan and other countries, and the skills and thinking required for Japanese companies to compete globally.

Mr. Hideshi Wakutsu, from the Web 3.0 Policy Promotion Office, Ministry of Economy, Trade and Industry, spoke about Japan’s taxation system, laws and regulations, and other environmental factors that affect Web 3 business development in various industries, as well as expectations for future digital assets unique to the Japanese market. 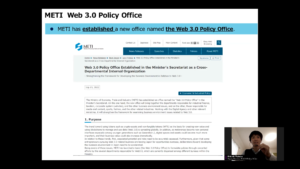 Finally, “Session 3: CEX and Community” featured a panel discussion moderated by Scalably and featuring centralized exchange (CEX) KuCoin, Zaif, and Huobi, who discussed the importance of the community from the perspective of CEX and how each company involve and foster the Web3 community. 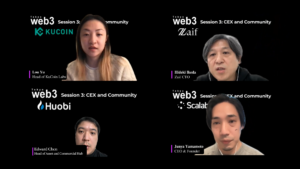 The first Web3 Tokyo conference was also supported by Shibuya Ward, many media partners and supporting companies, and sponsorship from Animoca Brands, Ekoios Technology, and Pacific Bays Capital. Web3 Tokyo plans to work on initiatives to support Japanese companies and build partnerships with overseas companies, in addition to preparing for the next year’s conference. 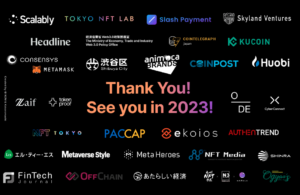